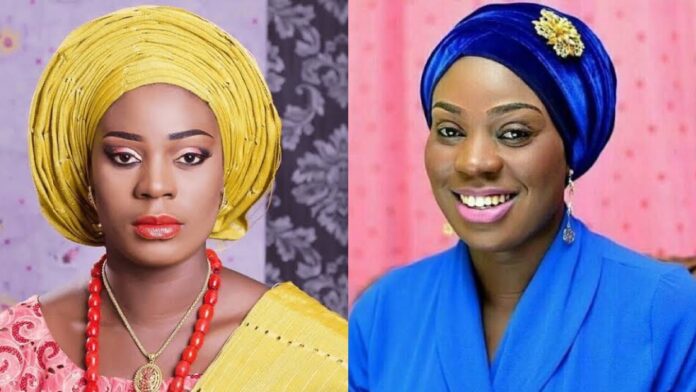 Motilola Akinlami Adekunle is a Nollywood actress, screenwriter and movie producer born on the 21st of January, 1980 in Ondo State, Southwestern part of Nigeria.

She grew up with her mother after the death of her father, Chief Bamikole Akinlami in 1991. She hails from Ondo Town, in southwestern Nigeria

Motilola Akinlami Adekunle is a Nollywood actress, screenwriter and movie producer born on the 21st of January, 1980 in Ondo State, Southwestern part of Nigeria.

Motilola grew up was born in Ondo town but had her primary and secondary education in Akure.

Motilola started her education at St’Raphael kiddies school Akure, after her dad’s death in 1991 and then went to Omole nursery and the primary school in Akure for her primary education, then proceeded to St’Louis girls grammar school for her secondary education.

She then proceeded to Obafemi Awolowo University in Ile-Ife, Osun State, where she got a bachelor’s degree in Philosophy.

She came from a large family so She was raised by her mum, she also had siblings of two girls, which are now broadcasters and lawyers respectively, She is the daughter of Chief Bamikole Akinlami of Ondo town.

She started acting professionally in the year 2000, with stage plays and soap operas, although she studied philosophy she always had one leg in the dramatic art department in her school.

Her first movie was Basorun Gaa, shot in the town of Jago and produced by Adebayo Faleti, she also played the role of Bimpe in the soap opera ‘Share of the sun’, produced by the HANDEF a pet project of Mrs Segun Agagu wife of the former Ondo state governor.

However, she was the troublesome Ada in Valley between. Her first Yoruba lead role movie was IMO produced by Kunle Afod, and ever since then, she had featured in loads of movies.

She has acted in several movies since she began her acting career. Some of them are:

Is Motilola married? Motiliola is happily married, she got married to the love of her life Mr Adekunle and the union is blessed with a beautiful daughter.

Despite her fame, Nollywood actress Motilola Adekunle has managed to stay out of controversies, keeping most of her personal life private, though she’s socially updated, she has a very humble personality.

Motilola is an active user of Instagram where she connects and interacts with her teeming supporters. She has 311k followers as of June 2022 with a handle @motilola.

Motilola Adekunle has an estimated net worth of 200,000 dollars.